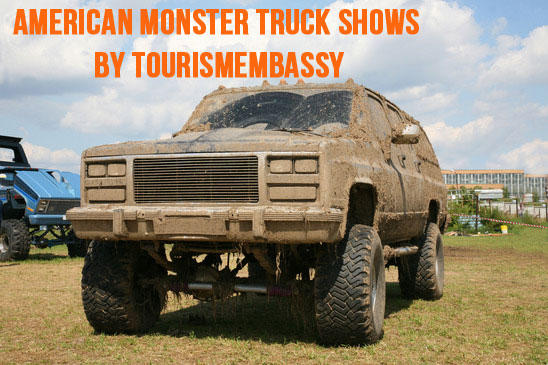 Monster truck shows are a popular form of entertainment for adults and kids in the US today. In these shows, huge trucks run over smaller trucks, stone slabs and other objects to entertain audiences. Cars, caravans, boats, trucks and other large objects are placed as obstacles for the monster trucks to tackle. To maneuver these obstacles, monster trucks crash, fly, jump or even run on one or two wheels, thereby providing immense entertainment to the audience. Sometimes, two or more large trucks even face-off with each other amidst loud noises and cheering from the crowds. Performers also do a range of stunts to keep the audience on their toes through the entire show.

The most important person in these shows is the truck driver. He has to be skilled and well-versed to perform such stunts because the trucks are heavy and powerful. Many of them have 1,500 horsepower engines that can roar to life within a few seconds and they can weigh more than 10,000 pounds. Most shows start with a freestyle stunt where each truck gets to go high jumps or frenzied maneuvering for anywhere between 60 to 90 seconds. Each truck gets to do its own tricks, and these initial few minutes will bring the fans to their feet. For many young kids, this is the biggest stunt they have ever seen and it leaves them super-excited and awe-struck. Kids have favorite trucks and drivers, and sometimes, they even travel to see their favorites in action. It fascinates adults of all ages too, and in that sense, these monster truck shows bring people of all walks of life together.

The popularity of these shows stem from the fact that human beings love huge trucks and it has long been fantasized in movies and books too. Seeing such trucks in action enthralls the audience and gives them a larger than life experience. The performers who operate these monster trucks are hailed as heroes and there is an avid fan following for these shows.

This idea of monster truck show as a family entertainer was first conceived as sideshow attractions in tractor pulling events and farm festivals in the US. In the beginning days, old cars were used to do stunts to entertain the audience who came to these events. As the idea caught on, companies began to spend more money to create large and sophisticated trucks that came with suspensions and high speed. Along the same time, driving skills also improved, so drivers could maneuver these trucks more deftly. Due to both these improvements, crowds started pouring into these shows and this brought good business for the local counties.

The revenue and crowds soon moved monster trucks to the national arena. As crowds increased, many cities across the US began to host such shows. Today, Monster Jam shows are conducted in almost every big and small town, and in every show, the arena is completely filled with people who scream in excitement. It is estimated that 350 such Monster Jam performance shows take place in the US every year and over four million fans throng to major arenas to watch this show.

From an economic standpoint, the revenue generated from these shows is enormous. A major chunk of the revenue goes to the companies that own monster trucks and perform on the arena. These companies continuously invest in new trucks and provide employment opportunities for many skilled drivers and this by itself, has a positive effect on the economy. Besides monster truck companies, local counties and small businesses that put up stalls in the arenas also benefit from the additional revenue that comes from these shows.

Another major beneficiary of these shows is the tourism industry. These shows have loyal fans who travel from different parts of the country to see their favorite trucks and drivers in action. When such fans come to town, they do not spend just on the tickets, but also on other areas of hospitality such as hotel, restaurants and local sight-seeing. Most of these shows happen through the weekends, so people tend to travel on Friday night or Saturday morning, which means, they stay at least for one night and dine out a few times. Many people even extend their trip to make it a weekend getaway, and they use the extra day to see local places. As a result, many players in the tourism industry see increased revenues for their respective businesses during the Monster Jam show weekends.

In short, Monster Jam shows are huge entertainers in America. Kids and adults love to watch huge trucks roll and perform stunts, and this fascination benefits the truck companies, local economies and the tourism industry as a whole. As popularity increases, these shows are sure to cross national boundaries and move to other countries as well.

Lifeguard at a water park
Her most intense experience was swimming with the dolphins in Isla Margarita -Venezuela. Like a fish in water... Always enjoying the warmth and the sun ... You´ll find me on the beach or by the pool.

Waitress in a hotel complex with International recognition
A smile is worth a thousand words ... the best way to feel good is to make others happy ... Nice to meet you.