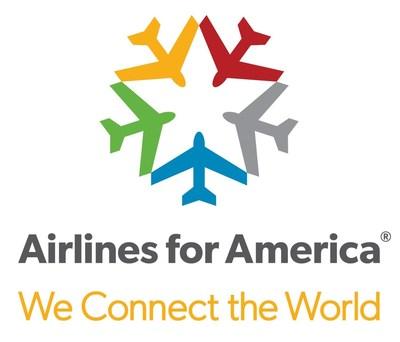 Mullen previously served as Associate General Counsel, Regulatory Affairs for the association, serving as legal counsel to member airlines on a wide range of regulatory issues at the international, federal, state and local levels. His legal portfolio has included matters regarding safety and operations; airports; drug and alcohol testing; accommodations for passengers with disabilities; cargo operations; and pilot qualification, training and certification.

As Vice President and Deputy General Counsel, Mullen will continue to advance A4A's agenda, advocating before U.S. federal agencies and foreign regulatory bodies to ensure that legislative decisions and regulatory policies strengthen the aviation industry while maintaining the highest level of safety.

"Over nearly 20 years as an attorney, Doug has built a reputation as a respected legal counsel and a valued industry expert. From the Commerce Department to the FAA and most recently at A4A, Doug has established a proven track record on a wide range of legal issues," said A4A Senior Vice President and General Counsel Patricia Vercelli.

"During his tenure at A4A, he has earned the highest respect of our member carriers and the trust of relevant agencies that work with the aviation industry. Additionally, his A4A colleagues hold him in high regard for his solid work ethic, leadership and vision. Doug is a trusted leader, and I look forward to working alongside him in his new post," Vercelli continued.

"I am honored and excited by this opportunity, and I look forward to working with Patricia and A4A leadership to serve A4A's carrier members in new ways," said Mullen.

ABOUT A4A
Annually, commercial aviation helps drive $1.5 trillion in U.S. economic activity and support more than 10 million U.S. jobs. U.S. airlines fly 2.3 million passengers and more than 55,000 tons of cargo each day. Airlines for America (A4A) advocates on behalf of the American airline industry as a model of safety, customer service and environmental responsibility and as the indispensable network that drives our nation's economy and global competitiveness.

A4A works collaboratively with the airlines, labor groups, Congress and the Administration to improve air travel for everyone.

Professional masseuse in a luxury resort-Vietnam
Our treatments and professional massage will help you to relax... Do you prefer a massage in the luxury villa or near the infinity pool with a full ocean view southern Chinese?

Thai boxing fan
My dream finally comes true.... I will soon travel to Thailand. Since my childhood I practice Muay Thai. Peter lives in Barcelona and spends much of his time training his body and his soul.