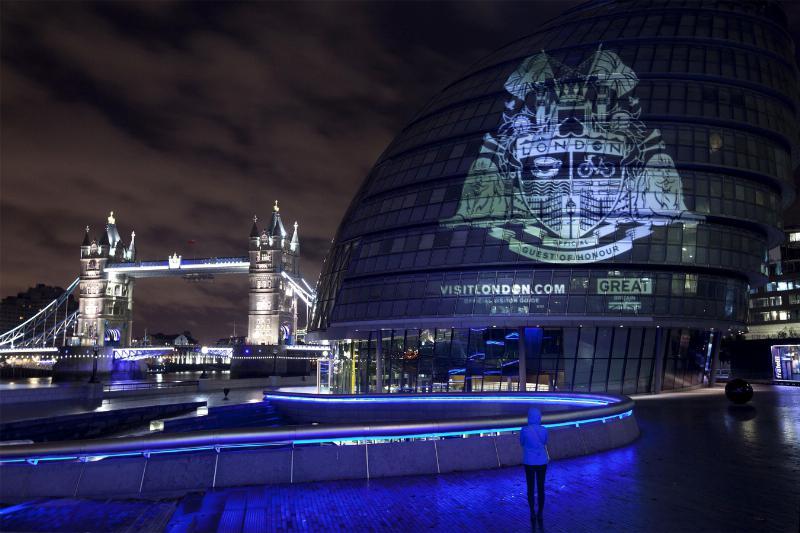 Today VISITLONDON.COM, the official Visitor Guide to the capital, together with the GREAT Britain campaign, have launched an international search to find London's Official Guest of Honour, who will have a once-in-a-lifetime chance to experience London as never before.

The winning guest will be invited to London in February 2015 and will:

Open Tower Bridge, the most famous bridge in the world
See a West End musical with international singing star Jessie J
Have afternoon tea at Lord's Cricket Ground with Downton Abbey's butler Carson,actor Jim Carter
Visit the Science Museum with renowned physicist Professor Stephen Hawking
Tour the Royal Opera House with world-famous singer and conductor, Plácido Domingo and internationally famed ballerina and Strictly Come Dancing judge, Darcey Bussell
Walk the red carpet at a film premiere in Central London
Meet English tennis star Tim Henman for a VIP tour of the All England Tennis Club, which hosts The Wimbledon Championships.
Boris Johnson, the Mayor of London, said: "London is ready to welcome our Guest of Honour in style. This is an incredible opportunity to immerse yourself in the greatest city in the world, in the greatest possible way and I know the winner will take home something special, something unique, something that they will never forget."

To apply to be London's Official Guest of Honour, entrants must go to Visitlondon.com, submit a short film or image and in 70 words describe their perfect day in London. The closing date is 9th December 2014 and participants must be aged 18+.

Music star Jessie J adds: "My career began on the legendary stage of Aldwych Theatre with my first professional performance so I'm thrilled to give London's Official Guest of Honour a personal tour of this iconic venue. There's no better place to experience the phenomenal lure of the stage than at the West End production of BEAUTIFUL - The Carole King Musical."

Plácido Domingo, the world-famous opera singer and conductor, said: "I first performed at the Royal Opera House in London in 1971 as Cavaradossi in Tosca and I am delighted to be able to show the Guest of Honour around one of my favourite Opera houses in the world and a special place for me. London is a city I keep returning to and it is one of the world's great cultural capitals with its theatres, musicians and of course magnificent audiences."

Jim Carter, the actor whose credits include playing the butler Mr Carson in Downton Abbey, said: "I look forward to help showcasing some of our culture to the world by accompanying the winner on a visit to Lord's, highlighting some of our sporting history and showing them the spiritual home of cricket - a quintessential piece of London's past, present and future."

London has experienced a post-Olympics 2012 tourism boost with significant increases in the numbers of people visiting the city. In 2013, according to official figures, the city welcomed a record 16.8 million international visitors. The respected Mastercard Global Cities Index, which recently announced that London was the most visited city on earth, has also projected the capital will host 18.7 million international visitors in 2014.

Employee of the month of a luxury hotel in Moscow
I love reading books during my free time. My ebook is full of literature masterpieces that have had a major impact on the culture.

Rebecca traveler expert - Traveling the world with 2 laps completed.
How wonderful it is to travel and experience new cultures ... sharing and learning from others is what fulfills me more and enriches me as a person. Next stop New Delhi. Will you join me?