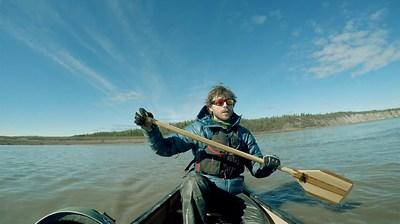 TORONTO, Feb. 28, 2018 /CNW/ - At the Sights, Sounds and Tastes of Canada gala in Toronto's Distillery Historic District, John Geiger, CEO of The Royal Canadian Geographical Society (RCGS), announced the addition of two new explorers to the Society's highly successful Explorer-in-Residence program. They include: George Kourounis, an award-winning explorer, renowned global adventurer, and one of the world's most active storm chasers. His efforts to document nature's most extreme conditions have taken him all over the globe and his programs have been seen by millions around the world.

Adam Shoalts, an adventurer who has undertaken solo expeditions into Canada's wilderness, garnering international headlines and inspiring awe and excitement about Canada's most remote places. His books, Alone Against the North and A History of Canada in Ten Maps, are national best-sellers.

These two new explorers will act as mentors, guides and resources for the next generation of Canadians. They are also ambassadors for the Society and will further promote the program's mandate to help foster and invigorate an interest in Canadian exploration and geography.

"Everyone at the RCGS is excited by the appointment of these remarkable new Explorers-in-Residence," says John Geiger, CEO of the RCGS. "Each is a skilled communicator whose work embodies the Society's mission to make Canada better known to Canadians and to the world. Together with Jill Heinerth, they will be great ambassadors not only for the Society and geography but for exploration."

The Explorer-in-Residence program was established in 2016 and has received support from The W. Garfield Weston Foundation since its inception. The funding has enabled Jill Heinerth to meet with students on her We Are All Explorers school tour across Canada, inspiring more than 5,000 students to explore their country. 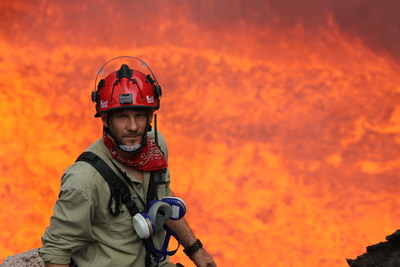 Punta del Este Uruguay - The world is no longer a secret for him-
To see the earth from the sky is a great privilege. Flying for work, leisure, vacation or to visit your family ... I am filled with joy, whenever I see the cordial greetings and hugs of all my passengers in the airport.
My mission has been accomplished.