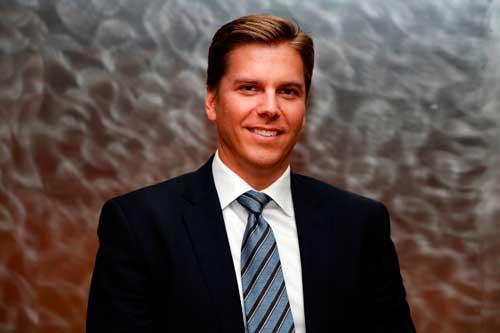 Viceroy Hotel Group is thrilled to appoint Mikael Svensson as General Manager of Viceroy Dubai Palm Jumeirah, ahead of the property's opening in 2016. A dynamic leader in the international luxury hotel industry, Svensson is well placed to oversee the launch of the USD$1 billion property, Viceroy Hotel Group's first venture into Dubai.

In his role as General Manager, Svensson will utilize his rich experience and background in modern luxury hospitality to oversee operations of Viceroy Dubai Palm Jumeirah, and will lead the helm in delivering the company's premier standards of service. The hotel – the group's first branded property in Dubai, and second in the United Arab Emirates – is poised to debut as the ultimate beachfront property in one of the world's most desirable destinations.

Swedish-born Svensson joins Viceroy Hotel Group from his current role as General Manager at Park Hyatt Canberra, one of the most respected properties in Australia, which rounds out his 21 years with Hyatt. Previously, Svensson held a number of successful leadership positions with Hyatt in Seoul, Hong Kong, Taipei, Osaka, Mumbai, Tokyo, and Hua Hin in Thailand.

"As one of our most significant hotel openings in the region, we are delighted to bring someone of Mikael's caliber to lead the team at Viceroy Dubai Palm Jumeirah. His level of expertise, passion and dedication will prove invaluable to the launch, and we expect this property to set a new bar in beachfront luxury worldwide," said Bill Walshe, CEO of Viceroy Hotel Group.

Commenting on his appointment, Svensson stated, "It is an honor to be heading up such an exciting new opening, and I know the hotel will make a significant mark on Dubai's hospitality landscape. I look forward to the adventure that lies ahead."

Viceroy Dubai Palm Jumeirah, owned by SKAI Holdings, will offer 477 rooms and suites, and 222 signature Viceroy Residences, all with breathtaking views of the Arabian Gulf made possible by innovative architecture and design. In addition, the property will feature ten international and specialty restaurants, 800 square meters of spa facilities, three outdoor swimming pools and more than 350 square meters of indoor fitness facilities.

As Schools Grapple with How to Safely Open Amid COVID-19, Safeology(TM) Tower Shines Ultra-Violet Light as Beacon of Hope

GTAA announces workforce reductions and restructuring due to COVID-19 impacts

HERE Mobility Boosts Pre-Booked Airport Taxi Offering on Booking.com in the US and Europe Through New Partnership

HERE Mobility Boosts Pre-Booked Airport Taxi Offering on Booking.com in the US and Europe Through New Partnership

Passionated about nature
More than 500,000 tons of non-recycled plastic bottles a year. Help us maintain and improve the environment. Squash the bottles and put them in separate bags to organic waste. I have crossed the largest deserts in the world and still do not understand how it is possible that such beautiful landscapes are full of bottles and plastic bags. The Sahara Desert, the Kalahari Desert, the Australian desert, the Arabian Desert and many more.... My favourites places are the Chihuahuan Desert and the Atacama Desert.

Celebrating our wedding anniversary -New Zealand-
We continue traveling as when we were 20 years old ... Just like our children enjoying life and sweet moments.