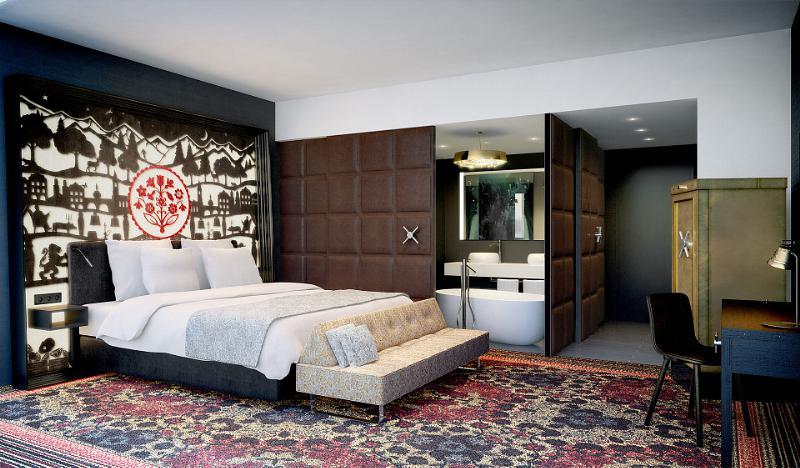 Continuing its trajectory of rapid global growth and creating opportunity, Marriott International, Inc. said today that it expects its portfolio of hotels either open or under development to surpass 1 million rooms by the end of 2015.  When open, the hotels under development will have generated more than $50 billion in real estate investment globally by Marriott's owner partners and created over 150,000 anticipated new hotel jobs.

Arne Sorenson, Marriott's president and chief executive officer, said, "An important focus of the World Economic Forum in Davos is creating new jobs and economic growth. In partnership with our owners in more than 100 countries and territories where we operate or have new hotels in development, Marriott is making a meaningful contribution to economic opportunity.  The growth in Marriott's portfolio is truly a global trend, with strong expansion in the US and in many markets around the world.

"In 2014 alone, Marriott signed agreements for more than 650 hotels and 100,000 rooms to be added to its worldwide system over the next few years, a signing pace of nearly two new hotel deals a day.  This anticipated investment by our owner partners in Marriott-affiliated hotels will show their confidence in our brands, which reflects the preference our brands have with customers.  Together, our growth fuels economic development in communities around the globe, boosting construction and direct employment at the hotels, as well as incremental commerce that emerges around this growth," said Sorenson.

In developing regions such as Haiti and Africa, Marriott is working closely with hotel owners and non-governmental organizations to prepare and then hire local residents to manage and operate new hotels.  The new Marriott Port-au-Prince in Haiti will open in February having added more than 200 new local jobs.

"With nearly 1 billion[1] people moving upward into the middle class across the globe, the incentives to travel, both for business and to see the world, are powerful and are building in momentum.   The doors to travel are increasingly open, as seen in the recent landmark agreement between China and the United States for mutual 10-year visas.  Since that policy change was announced there has been a nearly 39 percent increase in applications for U.S. visas for Chinese visitors, who spend on average, seven thousand dollars per trip. The potential for new travel and economic growth is huge," said Sorenson

Marriott's growth is significant on a regional basis.  In North America, the company is entering new secondary and tertiary markets as well as adding to its strength in the largest cities.   In Asia, the company expects to more than double its distribution as hotel projects in the current pipeline open, more than doubling Marriott's presence in the Asia-Pacific region. The company also expects its robust growth will continue in the Middle East and Africa, where Marriott's portfolio could expand by more than 75 percent, and the Caribbean and Latin America, where its system size could increase by nearly 50 percent.  In Europe, the company's aggressive growth plans will leverage a broad portfolio of brands, including Moxy, a new stylish budget alternative for travelers with a millennial mindset.