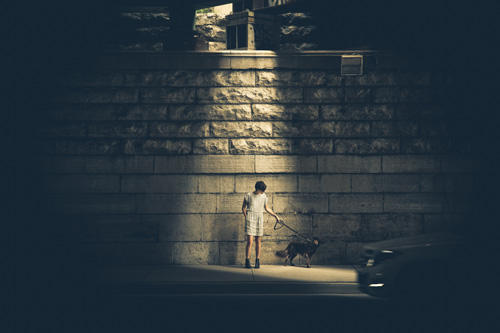 Impact of Miss Contest in the tourism industry

The tourism industry is one of the most dynamic and equally vibrant sectors in the world. This is because the sector has been integrated in the present day economy and as such its growth has become quite easy to come by. The best thing about tourism is that it is one sector that has been greatly influenced by upcoming of social events such as modeling. Notably, the annual Miss World Contest has been one of the notable factors that have enhanced tourism by a great margin. This is because of the fact that these events bring together many people from allover the world who either travel to participate in the contest or be part of the audience.

Countries that have hosted the Miss World Contest have benefitted greatly from these events mainly in respect to increase in tourist inflow. This year’s contest held in Bali, one of Indonesia’s leading tourist destinations has presented the country’s tourism sector with a double win victory. This is because the event has not only helped in increasing the inflow of tourists in Indonesia at very incredible rates but also has put the country in a world wide spotlight. This has helped a great deal in ensuring that Indonesia’s tourism is marketed globally by highlighting key tourist attraction sites in the country.

Despite the global financial slowdown having great negative effects on tourism, the Miss World Contest has helped its host countries to be in a position to develop their tourism sectors beyond the challenges. On average, this event attracts thousands of people from allover the world with most of them being players in the fashion industry and other types of professionals with well found interests in these events. In addition to this, the events attract millions of viewers from allover the world who tune in to their Televisions to be part of the audience of these events. This enhanced exposure for the tourism sector especially in that it helps in marketing a country’s tourism jewels allover the world. The effects of such an exposure can not be quantified in any way .This is because of the fact that such a broadcast is seen on every corner of the world thereby promoting the country to billions of people.

In the planning of these events, there are several promoters who set in to market their services and products while at the same time facilitating the events. This is done through cash donations of provision of services that are required in these contests. Most of these promoters come from the heritage and tourism sectors. In most cases, the promoters seek a chance to be able to market and show the world what they sell .For products such as textiles; such exposure is quite important and effective in that it helps in promoting the products to the international audience. The best way to promote tourism is by giving tourists a reason as to why they should visit your country. Therefore by marketing products such as textiles, it becomes easy for potential tourists to build confidence and trust in the country’s tourism sector.

The success of Miss World Contests is quite important for the host country mainly because it presents the country as a great global tourist destination. This helps in creating a very good reputation and image about the country’s tourism sector and enabling the sector to be ranked top among other global tourism industries. In order for these events to be successful, there is need to ensure that factors such as peace and security are prioritized on. This is so as to avoid any possible inconveniences that may interfere with the events and thereby present a wrong reputation and image about the host country.

Miss World Contest may also influence tourism indirectly, mainly through economic growth in other sectors such as infrastructure and the hotel industry among other sectors. Specifically, the development of the hotel industry is likely to have great impacts on tourism as there will be the setting of state of the art accommodation facilities. These are facilities that are able to provide guests with the best accommodation services at very affordable prices.

Countries that have previously hosted the Miss World Contests like Indonesia have reaped the benefits of these events for a very long time. This is because the events help in bringing about another side of the host country; a side that portrays great tourism potential. In the recent past, there has been great changes in the planning of these events; changes that have seen a higher entry of participants than those in preceding years. As time goes by, it is expected that the events will involve players in other sectors such as in the music industry and arts among other notable sectors. This in turn is set to promote the events at unimaginable margins.

Responsible of the room service of a luxury hotel and a paintball player. Cote d'Azur France
Discrete, fast and always very attentive to all the details, just ask and I make it a reality ... Club Sandwiches or Champagne? Why not both !